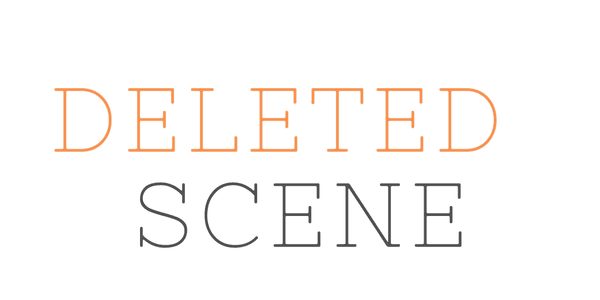 Pablo’s black eyes grow bright, as if the full moon is already calling to him. The small hairs on his brown arms seem to thicken, his chest expanding with breath, the transformation close.

A shiver runs down my spine.

After four years of lunaritis dreams, I’m finally going to set foot in that land of magic and mist and monsters.

I remember Pablo saying that Fierro must be hiding in Lunaris, and my stomach buzzes with doraditos. Maybe I’ll even find my father and bring him home.

“Seven days until we take the championship!” booms baby-faced Javier, his voice a cannon blasting through Flora’s crown. Even seated, he towers over the rest of us. Some of the other students look over, but most of them seem used to his volume.

It’s a bright, balmy morning in the Everglades. As usual, we’re breakfasting high up in Flora’s foliage, on a mosaic of green leaves with patterns too intricate to dissect. The tree’s branches arc over our heads, blotting out the intensity of the South Florida sun.

“Manu,” says Diego, looking up from the book he’s reading, eyeglasses slipping down a bit on his nose. “I’ve been thinking that in Lunaris, your parents should consult an attorney before speaking with any government officials. They might have questions about why your family kept your identity as a lobizona hidden. You’ve done nothing wrong,” he adds quickly, probably because he sees my expression falling. “Just a precautionary measure.”

My gaze meets Tiago’s. His cool sapphire orbs transmit only calm, and I begin to take strength from him—until I remember the kiss.

I break our connection and drop my gaze to the facturas on my plate. For once, the fresh baked medialunas and cañoncitos don't look appetizing.

“Why are you always stressing Manu out?” asks Pablo.

“She’s my friend, and I want to help her,” says Diego, losing the thick reading glasses so he can meet Pablo's stare. The bright daylight makes his periwinkle eyes glow like stars against his black skin.

“Well maybe you haven’t noticed," says Pablo, "but every time you warn her of something, she gets quiet for the rest of the meal.”

Sometimes I forget that Pablo is a highly alert conspiracy theorist who is constantly reading the room.

It’s in his nature to sniff out secrets.

“Hagamos otra cosa,” says Nico, ever the diplomat, his silver gaze giving the words heavenly import. Let’s do something else.

“We can play Saysa Says!”

At Saysa’s suggestion, even Gus and Bibi interrupt their make-out session. “I’m in!” declares Bibi.

“This is Saysa’s favorite game,” Cata tells me, leaning closer, “because she gets to boss us around. Whatever she tells you to do, only do it if the command starts with Saysa Says—”

Cata’s barely finished explaining the rules when the game begins. And like the others, I go completely still.

Bibi’s eyes light up, and a literal freeze begins to emanate from her body, the morning turning so frigid that our breaths fog the air.

Her teeth chatter, and I smile as the cold front recedes, my muscles unclenching. Cata grins back at me, and I make the mistake of glancing at Tiago. His lips begin to curve, and I look away as mine wilt.

We all rise, except Diego, who’s back to reading. The past week, he’s been carrying stacks of books with him everywhere. His research seems to be related to me because he’s always interrupting to share a piece of advice. And as grateful as I am, I feel awful that he’s wasting his time.

He thinks I’m just a lobizona. That I have a chance at a normal life.

He has no idea I’m half-human.

My existence is outlawed.

I push away my heavier thoughts and fold my knees like the others.

We each start counting off at different speeds: “One, dos, three, cuatro, five, seis, seven, ocho—”

“Nico said eight!” says Saysa, and he slaps his forehead in frustration.

“Ha!” Pablo raises a wrist-cuffed arm to his friend, pointing and gloating. “Nico’s first out!”

Nico rolls his celestial eyes and contents himself with scraping the last of the dulce de leche from the jar and licking the spoon.

“Shit!” He drops the drink, but it’s too late, and we all chuckle as he groans. Nico laughs loudest of all.

Tiago, Javier, Gus, and I leap into the air and fall back on the ground, setting off a minor tremor through the grounds.

Cata protects our food and drinks with a force field, but other groups’ glasses topple over and baskets spill facturas across the ground. Our classmates glare at us, not bothering to keep their voices down as they remark on our childishness. But that only makes me happier to be sitting where I am.

As I’m scanning the students’ faces, I meet Carlos’s emerald eyes. He’s watching me like I’m in his seat.

It’s my presence here that’s keeping him away from the team. Carlos doesn’t believe in lobizonas.

Something in his expression hardens, and I realize he’s not blinking. He looks like a predator stalking prey.

“Saysa says be a lobizona!”

It takes me a fraction of a second to react. Then I feel my vision brighten as the shift takes hold.

Pain scorches my insides, my mouth forming a soundless scream as every inch of my body—from my skin to my bones—cracks and expands and transforms. My muscles grow until they tauten my arms, claws slide from my fingertips, fangs file from my gums, and when it’s over, the whole courtyard is staring at me.

The guys see me shift in class every day, but for the brujas it’s still a rare sight. I feel the rattling of the elements from their heightened emotions.

Then I find Carlos’s green gaze again. And I smile, making sure to show him all my sharp edges.

When I’ve shifted back, Saysa says, “Now the other wolves transform!”

Javier’s red eyes ignite like flames, and hair sprouts across Gus’s face—but their bodies stall when they see that Tiago isn’t changing.

Javier howls in disappointment, while Bibi cackles at Gus. He tries to mess up her hair, but Bibi hardens her head into an icy helmet, and her boyfriend yelps when his fingers freeze.

“Saysa says kiss the Septimus to your right!”

I have to stand up a little to reach Javier’s cheek, and his face warms as I plant my lips.

“Your other right, Bibi,” says Saysa, rolling her eyes. Bibi’s ice has already melted, and Gus has pulled his girlfriend into another makeout session. Now it’s just down to Tiago, Cata, and me.

“Saysa says blow me away, Cata.”

Cata’s pink eyes light up, a breeze ruffling the ends of her hair, and she lobs a volley of air at Saysa that sends her facturas flying—but Saysa’s lime-green eyes blast on with power, and she stays as rooted to her spot as the firmest tree.

When the gale fades, Saysa says, “I meant figuratively.”

A half-eaten, crescent-shaped factura bullets from Cata’s plate to Saysa’s forehead, and she catches it. After ripping off a huge bite, she garbles, “Saysa says Manu go ask Señora Lupe for a new jar of dulce de leche.”

Javier and Nico cheer in approval, and as I stand up, Saysa adds, “Tiago go with her.”

My gut squirms, and I walk away, annoyed. When I make it to where our teacher is speaking with two other instructors, a hand closes on my arm, and I’m whisked into the foliage.

I blink, and I’m deep within Flora’s branches.

My pulse is in my throat, and I can’t speak. I’ve never moved this fast in my life. I wrest myself free from Tiago’s grip, and I lean into a twisty bough, resting my hip against its curve.

“Solazos,” he murmurs, and the nickname shouldn’t already feel like mine when he only used it once, on that night. And yet it feels like a caress as it rolls off his tongue.

“We really shouldn’t be alone like this,” I say, his apology cutting me worse than the guilt. Of course he’s sorry he kissed me. He’s in love with Catalina. I turn to make my way back to the courtyard, but he’s in front of me before I can take a step.

“Please don’t hate me,” he says, dark strands falling over his sapphire eyes as he drops his head in remorse. “I wish I could explain the bond between Cata and me, but—”

He looks like he’s grasping for excuses, and I cross my arms, waiting. He seems to grow more flustered by my attention because it takes him another moment to find more words. “You know how you lied to us when you first got here?” he asks, settling on the wrong ones.

“That’s what you’re going with? You seriously want to tell me your life is in danger if you don’t date Cata? Señora Jazmín will hurt you?”

“No, that’s not what I’m saying—it’s complicated—”

“If it’s too complicated to explain, why did you even follow me?”

He looks surprised by the question. “Saysa said so.”

He looks at me in confusion as I walk away.

Did you enjoy this deleted scene? Please let me know on social!